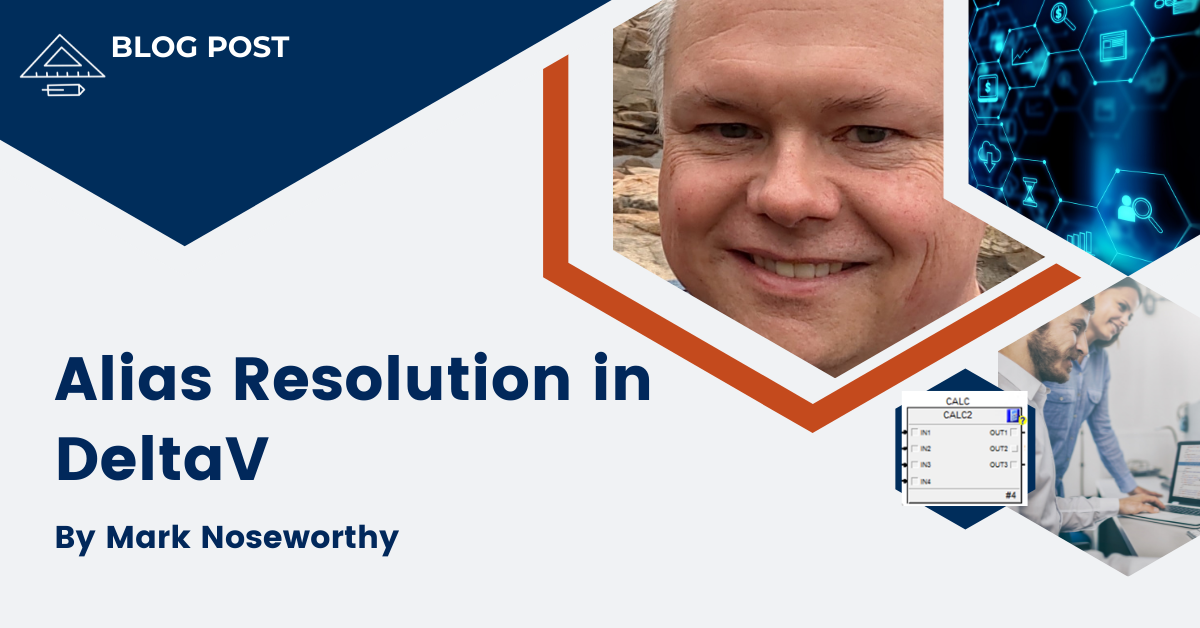 I was recently working at a client and made some DeltaV code changes on the Development system to a composite1 used in a control module. One of the code changes involved adding an Alias2 reference out to a different control module to obtain some information running in that other module concurrently. Once it was all configured and tested, the code was downloaded successfully to the Production system, and I didn’t think any more on it.

Fast forward a few months, and a colleague is modifying the same code for a different project.  He was experiencing some odd behavior in the code that he couldn’t explain.  He pulled in the client and me to look at it, and none of us could figure out what was happening.  The phase that was running on the unit module that contained the control module with the composite that we had both updated would not run successfully the first time through the code, but if manually manipulated, the phase would run as expected subsequent to that first pass through the logic. We troubleshot the issue by first reinstalling the code without my colleague’s changes, assuming that would fix things.  It did not.  We were flummoxed. Since my colleague’s logic needed to be used in Production, the client indicated that it was acceptable to put on the Production system, attributing the odd behavior as a Development system issue. Upon doing this there were no issues running in Production.  Although grateful, we were doubly flummoxed now.  Clearly the issue lies in the Development system, but where?

Further investigation discovered a yellow question mark (which generally means some sort of error) on a CALC (calculation) block that was definitely not there when the initial code was verified.  This also happens to be the location of the code update that included the Alias reference out to that other module that I mentioned previously.  I proceeded to test a few things. First, I monitored when this CALC block gets accessed, and even when not executing this CALC block, the same symptoms described above kept happening.  Second, I removed the logic by commenting out the code, and the yellow question mark went away, and the code executed without the odd behavior.  This was helpful, as it pointed toward the Alias reference as the culprit.  But remember, this code worked without issue in Production, and also worked in Development in a previous iteration, not to mention that it was qualified code that was required, so removing it long term was not a viable solution.

At this point, the issue was escalated again to the client. After troubleshooting without success, the client remembered that the unit module had been downloaded from the Production system into the Development system as a means of ensuring that code updates on the Development system align with the actual running logic in Production. As it turns out, this download was made around the time that these issues started appearing. Now there were two potential culprits, the unit module download and the Alias reference in the composite’s CALC block.

Cases where this will most likely show up are:

Initial system design and build, where code sharing is common across many controllers

1A composite is a reusable piece of common code that can be linked or embedded in a higher-level module (control module, equipment module, unit module, phase)

2An Alias is a name substitution (typically for control or equipment modules) used most commonly by unit classes when executing common phase logic that resolve at the instantiation of the unit class (the unit module).